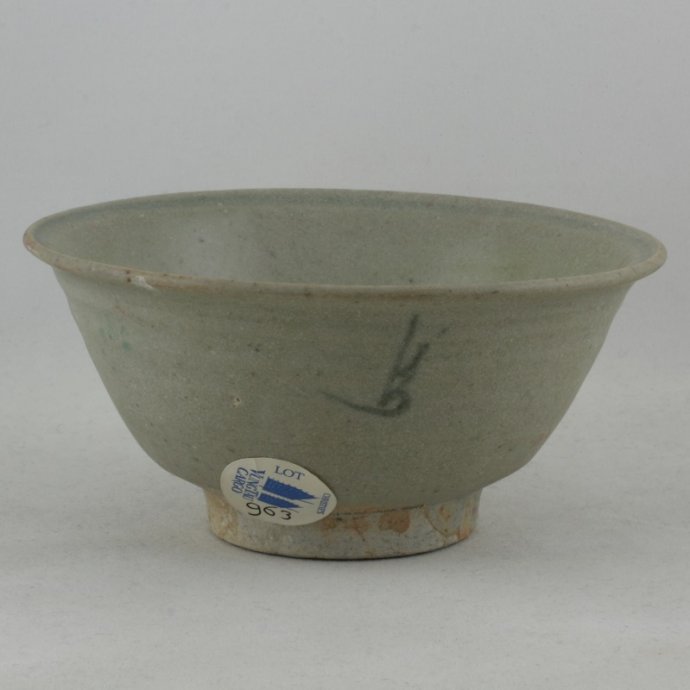 Bowl on footring with spreading sides, a flaring rim and an unglazed base. Covered with a greenish celadon type glaze, decorated in underglaze blue. On the bottom a character in a roundel. On the exterior wall four different characters. On the bowl the original Christie's "Vung Tau Cargo" sale label proving it has been part of lot 963, one of 200 bowls sold in this lot. (Amsterdam 1992, p.128)

These 'provincial' wares formed the bulk of the shipment of southern wares and were originally sold as food bowls, they received minimum care when stowed: piled on top of each other and crammed under roofbeams. (Jörg & Flecker 2001, p.81)

Condition: Some firing flaws and a chip to the outer rim.