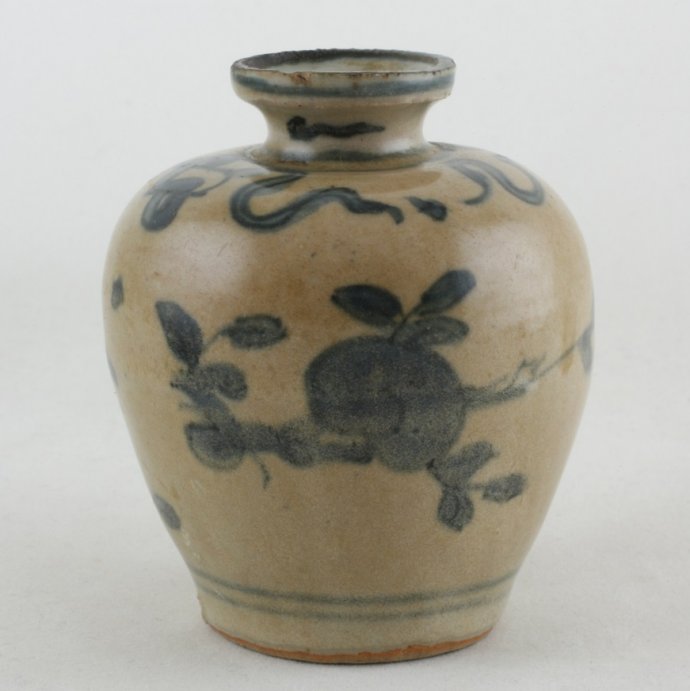 Jarlet on footring with an angled shoulder, a short upright neck with a flaring upturned rim. Decorated in underglaze blue with a fruiting spray on the shoulder antiquities bound by knoitted strings. On the neck three leaves.

Condition: Some firing flaws to the base and body and a chip to the rim 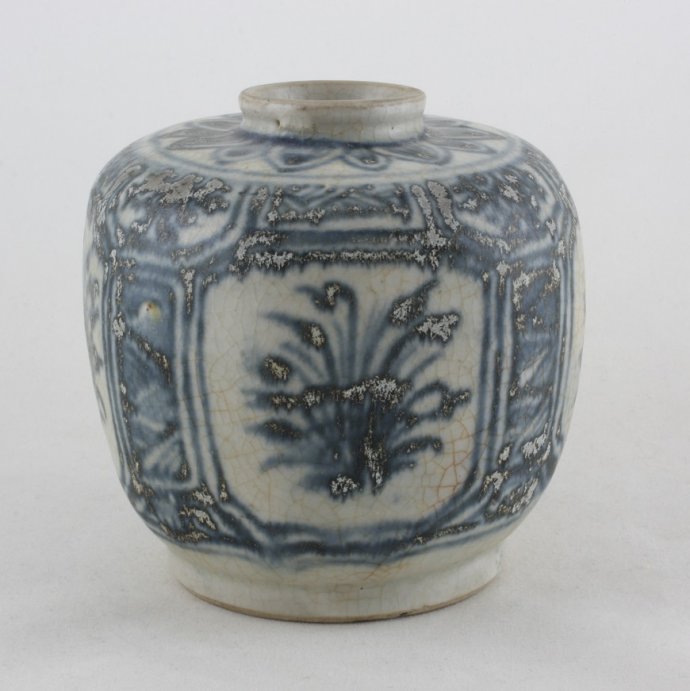 Octagonal jarlet on footring with angled shoulder and a short upright neck. Crackled glaze. Decorated in underglaze blue with octagonal shaped panels filled with flowering plants alternating with rectangular shaped panels filled with a zig-zag-lines pattern. Round the shoulder panels with flower sprays alternating with panels with zig-zag lines. Round the shoulder an overlapping pointed lotus leaf-pattern border.

Similarly shaped and decorated jarlets were found amongst the salvaged cargo of the The Lena Shoal junk shipwreck which sank around 1490 during the Ming-Dynasty in the reign of the Emperor Hongzhi. The Lena shipwreck was discovered in 1997 at a depth of 48 meters.  She was wrecked on a reef and sank off the island of Busuanga, in the Philippines, one of about 7,000 islands, reefs and sandbanks in the area. It contained more than 5,000 objects, mostly Asian ceramics, but also small bronze guns, lacquer toilets, bronze bracelets, lead and iron ingots, woks, copper containers, spices, glass beads and elephant tusks. (source: UNESCO)

Condition: Some firing flaws to the footring caused by the firing process.