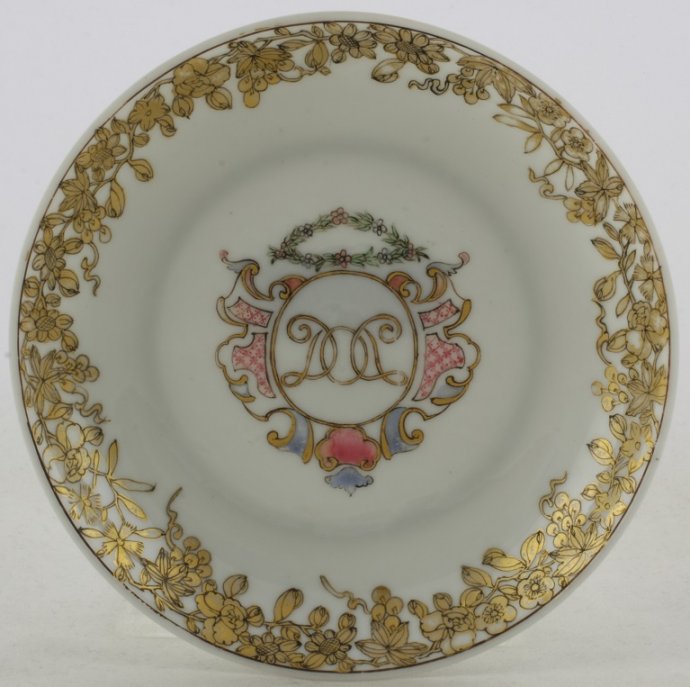 Saucer on footring, slightly everted rim. Decorated in various overglaze enamels and gold with a roundel enclosing the mirror monogram of possible the 'DOC' the Danske Ostindke Company within a rocaille mantling and below a flower wreath, the rim with a border of vine and flowers. The reverse is undecorated.

Much Chinese export porcelain made for the Dutch market has a pseudo-armorial character, the most notable and largest group being monogrammed porcelain. Monograms are initials, often finely painted in the shape of a mirror monogram or cipher. A mirror monogram is a design of a monogram where the letters are reversed to make mirror images to produce an ornamental form. The word cipher is more or less synonymous with mirror monogram the with the emphasis on encrypting text with a combination of symbolic letters in an entwined weaving of letters.

Monograms and ciphers are mainly personal as opposed to coats of arms that beside by individuals can also be borne by whole families and communities. Pseudo-armorials are those emblems and signs which only resemble a coat of arm by using heraldic components such as a shield shape and/or banners, spears, flying angels etc. that surround the monogram or cipher. (Kroes 2007, p.56)

For an identically shaped, sized and decorated teacup and saucer, please see: 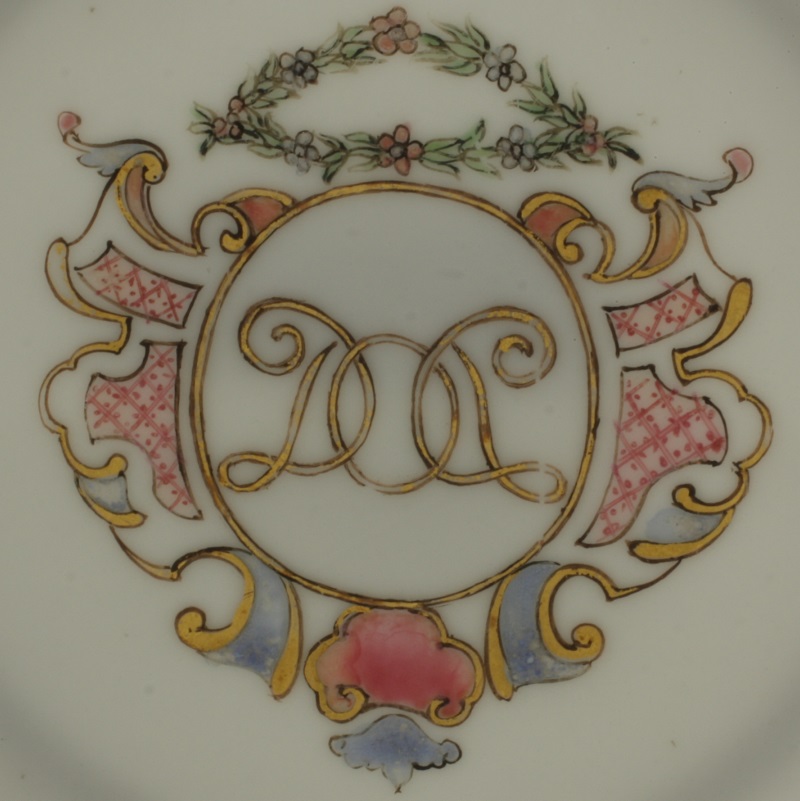 Condition: A tiny firing flaw to the rim..